Music for the soul. Beautiful, emotional and spiritual music, 2016

Beautiful music, thank you” read Tomas one day in a comment on his website. He realized that the person who wrote it also added a link to her website. Tomas swallowed the bait and clicked on the link. He was overwhelmed by the beautiful and etheric voice of Karolina – a singer that happened to live in the same city as he did – Prague. For a couple of months they occasionally wrote to each other on chat, but in 2015, on the first day of September they finally met. On their first meeting Tomas brought his portable keyboard to the living room and they recorded their first song called “Breath of Life”. The were both astonished by the result. For another year they were writing, performing and recording music together at several occasions and places – mostly at Tomas’ studio or in various churches, but also on a bench in a park. They soon realized that they share a common sense for music. At times they manage to lift their listeners high above the clouds and into the vast universe, at other times they submerge them deep into the depths of their souls. Their music is exhilarating, emotional, beautiful and deeply spiritual. 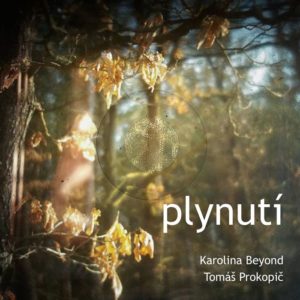 The Beyond Memebranes project combines engaging music by composer Petr Piňos with the vocals of Karolina Beyond and video projections of animated composite photographs (memebranes) by visual srtist P. L. Kopecký.

The project is based on music by Karolina Beyond and Petr Piňos, and is greatly inspired by the sacred songs of various cultures (Indian mantras, African and Native-American songs).

All of these elements, when combined, create a remarkable, harmonious form, evoking an intensive aesthetic and sensual experience that lies at the very depths of human perception.

Listen to and download the music from the project on the CD INNER VOICE.

Musical and dance project based on music and singing by Karolina Beyond and composer Petr Piňos with dance of elements of Mirka Papajiková about the power of the elements in each one of us, and the interconnection with them and with what goes beyond us…